Flowering Trees
If you’re anything like me then the wealth of spring flowers have had you sneezing this past month or two, reaching for the antihistamine at the same time as admiring the beautiful flushes of spring colour. The blossoms have been particularly beautiful this year, as have the wisteria, bottle-brush and (dare I say it) the wattle –a particular nemesis of mine in the nasal department. And before you say anything, I must stand firm on this (sort of) as I know the experts will tell me that it’s not the poor old wattle at all. The Acacia pycnantha, or Golden Wattle, is, apparently, just the innocent victim of simple bad publicity and it’s the winds actually blowing in pollen and all sorts of other allergens from the grassy countryside. Sounds plausible -and probably correct- but I still say that the wattle up the street is always at the scene of the crime.

Anyway, enough about hayfever, let’s talk about flowering trees and shrubs. With all things being considered, a flowering tree can make a great feature, a bold and striking addition to your garden that, when in the full flush of its flowers, can add a simply spectacular quality to your garden. Cherry blossoms say spring almost instantly, but there’s also the fantastic wisteria, crab apple, magnolia, jacaranda and crepe myrtle that carry you into summer and beyond. The camellia can then pick up the gap from autumn onwards and there you have it, just about a full-years worth of flowers.

Choose your flowering tree for the size, shape and colour of its flowers. Ask yourself how big a space it will be in, where the flowers will drop and what sort of shade it will provide –flowering trees like members of the Cornus (dogwood) or Prunus family can be handy shade-givers even after the flowering has finished. Do you want large flowers like a Magnolia grandiflora or Camellia Japonica or a great mass of small flowers like that of the Crepe Myrtle Indian Summer, flowering cherry, pear or plum. Flowering crab apples such as Malus floribunda are easy to maintain, look fantastic and have tons of flowers (hence ‘floribunda’).

Or you might like to stick to some of our brilliant natives. Acacia pycnantha (Golden Wattle), long the whipping-boy of hayfever sufferers everywhere, is a beautiful, hardy, flowering specimen with superb, almost watercolour-like flowers. The Bottle Brush,Callistemon, has a variety ranging from the more commonly recognised red (Callistemon citrinus) to a very soft white (Callistemon pallidus). The Grevillea too has literally hundreds of different varieties to choose from, try the soft orange Grevillea ‘Peaches and Cream’. Most of these natives are good for attracting the wildlife too, all will attract nectar feeders like the Rainbow Lorikeet to your garden.

Pruning of flowering trees and shrubs can be limited to a simple tip prune that will encourage a bushier habit and ultimately give you more flowers. Be careful if you prune in winter as with some varities you might prune away all the new seasons flowers! Pruning can also be done when flowering has finished.

Sign up here to receive regular advice on how to help your garden thrive year-round.

Sorry, no posts were found. 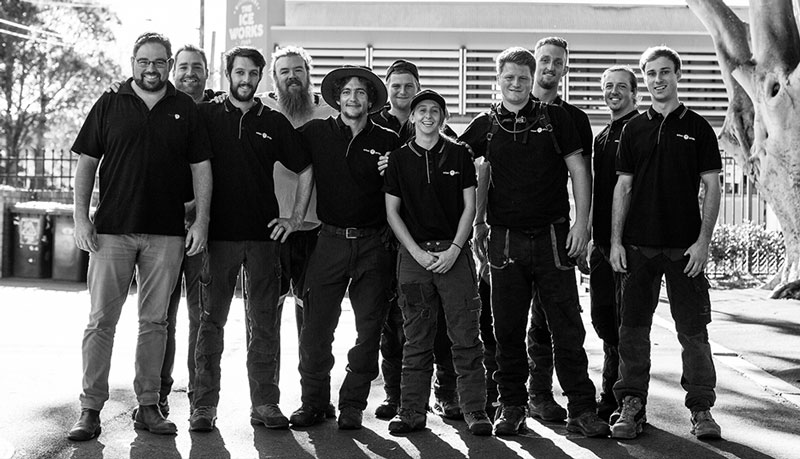 We’re ready for any job big or small!

Need expert advice? Give us a call

Give us a call!